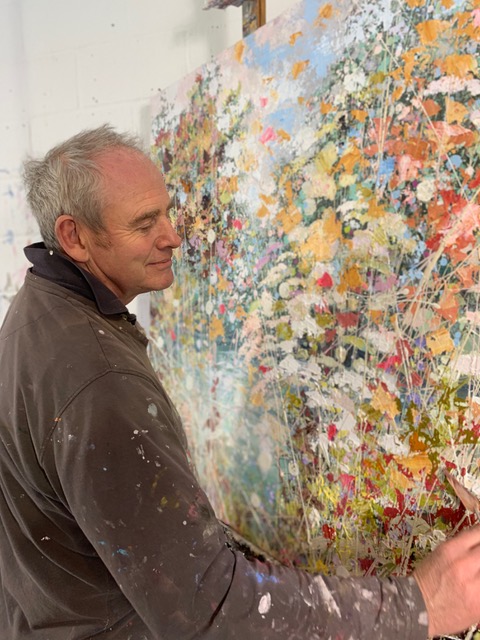 Paul Treasure is a British painter known for his expressive oil paintings reflecting the natural world.

Characterised by movement, texture and gestural brushwork, Paul’s paintings capture the underlying emotion of a place. Inspiration comes at every turn, from the scenic shores of the Cornish coast, to a journey through the backwaters of Kerala. Light, and the interplay between light and colour, sit at the heart of his oil paintings. Together with his signature use of a palette knife, his application of colour and attention to light gives each of his paintings a tangible sense of depth. Whether reflecting chaos or calm, Paul’s paintings are unified by their ability to portray the essence of nature.

Born in Gloucestershire in 1961, Paul studied at Cheltenham College of Art before moving to London to live and work. During this time, his art gained international recognition as he was commissioned for public works of art, as well as private collections. Before too long, Paul was off seeking new sources of inspiration, and in 1991 he embarked on a year travelling the world. Journeying through Africa, India, South East Asia and Central America, he explored the rich textures, vibrant colours and ever-changing character of the natural world. Following several solo shows that led on from his travels, in 1993 Paul was commissioned as the expedition artist of the first ever crossing of the Taklamakan Desert in North West China. 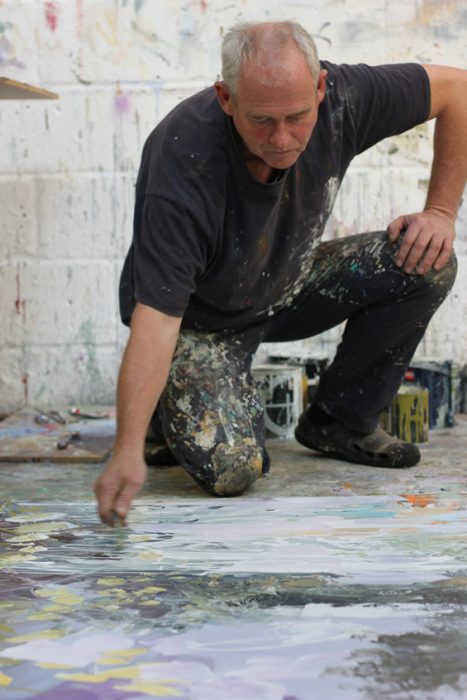 Having travelled to the far-flung corners of the world, Paul is forever drawn to the fleeting moments of nature that forms its ever-changing identity. He often paints instinctively from memory, and for Paul, the act of painting is the act of absorbing oneself in the elements. His practice is routed in immersing himself in every aspect of his painterly process. He sees the mixing of paint, the building of textures and the act of mark making as a visual transference of emotion. Bursts of colour illuminate Paul’s studio, as his palettes often become paintings and his paintings seep onto the surrounding walls. This spontaneity is reflected in each and every one of his works, and he follows an entirely intuitive approach to produce a multi-sensory body of work.

Now living and working in Hampshire, the rivers and chalk streams of the Test Valley are an endless source of inspiration to him, as are the seascapes of the south coast. From overgrown riverbanks to atmospheric ocean blues, his paintings show Paul’s unique ability to capture the transient spirit of the natural world.